This Is Not A Game

OR,
The Nefarious Pop-ups of Mr. Ting
AKA,
Chapter 2 of TECUMSEH’S CURSE
A TRUE Story of Historical ARG Design Where YOU Are Invited To Comment and Thus EVER SO SLIGHTLY Affect The Ending

The Story So Far

The year is 2008. You are a hard-working (and serious-minded) professor at the 4th-ranked “party school” in North America. In search of a topic for the first THATCamp, you tell your friend Bill about your idea for a history-based alternate reality game. He seems surprisingly uninterested, and you let the matter drop. But that night, a strange message appears on your computer screen… (Read Chapter 1)

Who Is Mr. Ting, and Why Does He Spell “Werewolfe” That Way?

The pop-up window on your screen reads: “Ting Have Werewolfe Teeth.” Beneath this message is a countdown timer, with a year-month-date and an hour-minute-second readout running backwards into the past.

You sit blankly for a moment. You feel like you had expected inspiration to arrive from somewhere, as if in comments appended to a blog post written in the not so distant future. Yet no specific advice comes.

This could just be a pop-up virus, you think, or the world’s most unlikely promotion for the Jamaican soda Ting. But TING is also an acronym for “This Is Not a Game.” That slogan was part of the alternate reality game The Beast (2001), a cryptic disavowal that became a mantra for players and developers of early ARGs and other immersive entertainments. If you see something on the internet saying “this is not a game,” it almost certainly is.

You stare deeply at Ting’s mysterious message. Wheels turn in your head like a Jefferson disk…

Of course! You do some calculations on an envelope. The countdown into the past–which also reminds you of the opening puzzle in the seminal ARG I Hate Moths–will reach 18 June 1812, the date of the War’s start, on 18 June 2012, the bicentennial anniversary. You feel the satisfying click of paranoid pattern recognition.

The mysterious pop-up window still awaits your input. You type: THE WAR OF EIGHTEEN TWELVE, and hit Enter.

You jump, spilling your delicious semi-carbonated grapefruit soda. You pick up the receiver with a shaky hand. “Hello?”

“Listen,” he says, “I’m sorry about shutting down your idea earlier today. The truth is, I and some other guys have actually just started working on a historical ARG. Talk about coincidence, right? But I couldn’t say anything because we all promised not to tell anybody what we were working on. ‘This Is Not a Game’ and all that.”

“You mean… you didn’t think my idea was lame?” you say.

“No, it’s a great idea,” Bill says. “I had it myself a few months ago. I just had to check with the others to see if it was OK to bring you on board.”

You feel as if you have stumbled onto a secret conspiracy. “This is fantastic,” you say. “An underground cabal of digital historians, sworn to secrecy, operating under my very nose!”

“Well, there’s just three of us,” Bill says. “Me, and Kevin Kee at Brock, and Tim Compeau, a grad student in our department.”

“Tim is in on it?” Your mind reels. “How long have you concealed your occult machinations behind the fragile tissue of ‘reality’? How far do the invisible threads of this conspiracy go?”

“Whoa,” you say, in your best Keanu. You are through the looking glass now.

This is all basically true, by the way. When we–I’m going to drop out of second person for a second here–first started thinking about designing a historical ARG, we spent a lot of time debating how secretive we would have to be. I really did have the awkward conversation with Bill Turkel I described in Chapter 1, followed by a mysterious message and phone call.

“This Is Not A Game” is a slogan and design aesthetic embraced by early ARGs–that is, by ARGs from the early to mid 2000s. Games like The Beast and Majestic (also 2001) did everything they could to conceal or deny that they were in fact games. The first real puzzle in such games was to figure out that you were playing. “TING” or “TINAG” became a catchphrase, and then a verb: to TING a game means to deny its nature as a game. The late game designer Dave Szulborski, who wrote one of the first books about ARGs, called it This Is Not A Game. ARG rock star Jane McGonigal–whom as you must know was not originally a real person, but a character from a William Gibson novel who escaped into our reality in 2003–titled her dissertation “This Might Be A Game.” There’s even a Walter Jon Williams novel about ARGs called This Is Not A Game, starring a sort of re-fictionalized McGonigal. I’m halfway through; it’s pretty good.

Early media and academic attention towards ARGs focused (predictably) on this blurring of reality and play. Could such games go too far? Would weak-brained players fail to wake up from their delusions? McGonigal had the best answer to such fears, in a paper called “A Real Little Game” (pdf). Gamers don’t believe the games they play are real, she said, but many good games invite you to perform such belief. It is fun to act as if you believe, and a well TINGed game will do everything it can to let you do so. (Researchers and journalists taken in by such performances, McGonigal argued, were far more credulous than the gamers they worried about.)

In the first generation of pervasive or alternate reality games,  TING meant strict adherence to certain conventions. Dave Szulborski’s how-to section basically assumed a game could not work without this pretense. In-game characters never broke the fourth wall. There were no non-diagetic websites explaining how to play or catching you up on the story so far. (This meant that almost all early ARGs were about bloggers, malevolent corporations, and artificial intelligences–these being the principal inhabitants of the internet at that time.) A few days after Majestic launched, all the registered players received an email saying that the game had been canceled due to a fire at game headquarters. This was, of course, a ruse: the real game began when players started getting phone calls and instant messages insisting the fire was part of a dangerous conspiracy.

So when we started designing an ARG for history education, we worried–in retrospect, probably too much–about how secretive we could or should be. Part of this is just our personalities. Bill likes working in stealth mode. I’m less secure than he is; I’m constantly seeking affirmation for what I do. Yet we were all excited, I think, by the idea of an educational experience that denied it was an educational experience. This Is Not A History Class, if you will. We were inspired by terrific history education projects like The Lost Museum or Great Unsolved Mysteries in Canadian History, which manage to be playful yet eminently respectable, the kind of sites you could take home to an elementary school principal or a tenure committee. But we believed there was room for something edgier, less sober than these examples. Our TING discussions were, in a way, proxies for that question. Could we design a game that did not look or feel like “school” history? Could we take SSHRC’s money and produce something without a SSHRC logo on it? How punk were we ready to be? 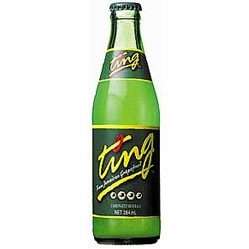 Looking back, I think our preoccupation with “This Is Not A Game” was one of a few signs that we were coming late to the ARG party. By trying to reproduce The Beast or I Hate Moths in 2008, we were actually a few years behind the times. (Always an occupational hazard for historians.) More recent ARGs have moved away from strict TINGy-ness. This is sometimes for marketing reasons: Levi’s wanted everyone who played Go Forth (2009) to know it was brought to them by Levi’s jeans. But it may also be a maturation of the genre. I can’t find the quote, but I remember either Sean Stewart or Elan Lee talking about growing out of the need for every game to pose as a bunch of diagetic websites, the way novels developed their own conventions as they outgrew the epistolary form. Today, I think, TING basically means that you minimize in-game breaches of mimesis, but you don’t have to go to great lengths to deny that a game is in fact a game.

At any rate, we resolved to keep our ARG project relatively secret, and have pretty much done so up till now. The worst part about working in stealth mode is that we didn’t ever get to brag about the cool project we were working on. I went to that first THATCamp in 2008, and every time I turned around there somebody was talking about how they wanted to design a historical ARG. (Except for Josh Greenberg. He wanted to create a software platform that other people could use to design their own historical ARGs. You can take the boy out of CHNM, but you can’t take the CHNM out of the boy.) I just had to smile and nod like an idiot. When people asked me what kind of digital history project I was working on, I said, “I have this blog? With a picture of a robot?”

But the best part about working in stealth mode was that we didn’t brag about the cool project we were working on. I can’t help noticing that very few of those historical ARGs I heard about at the 2008 THATCamp have yet come to fruition. (I have ideas about why that is–I’ll get to those in further chapters.) But I’m really glad we didn’t raise expectations that we’d later fail to meet as our project got ever bigger and harder than we’d expected. (That’s foreshadowing. Why do you think this series of posts is called “Tecumseh’s Curse“?)

Back Into Second Person!

You stand inside the mystic circle, admiring your new crimson robes. “So we’re agreed,” says Kevin. “Rob is in the club. Let us toast our secret brotherhood with the grapefruit soda that is at once tart and sweet.”

“I have just one question,” Bill says, as you take a swig of the Jamaican soda that make you move light on your feet. “When I phoned you, how did you already know our game was about the War of 1812?”

“From that pop-up message you sent me,” you say. “Ting Have Werewolfe Teeth.”

Now it’s Bill’s turn to look confused. “What pop-up message? I never sent you any pop-up.”