Big History: or the Curse of Storytelling in Human Knowledge

This article is the thematic introduction to a series on the future of quantification in history. To read the articles in the series click on the following links for part one, part two, part three, or part four.

Big Data is upon us, and it looks like it’s here to stay. Has Plato’s old dream of bias-free knowledge finally come true?

Perhaps we’ve indeed found a way to make that Ancient Greek sage happy with our metaphysical data clouds, and infinite server farms. But does all this technology mean we’ve actually solved the problems of bias in knowledge? Problems like our need for real-life examples when we try to generalize anything in the form of a law – the experience bias. Or, our penchant for discourse over the intuitive graspings of the mind – the language bias. Worse yet, the way that old worm of pattern shows up even in the most abstruse set of mathematical axioms – the perception bias. It’s as if every particle of energy, or smidgen of matter, shows traces of a story, our story.

True. But inside the Ivory Tower, it seems that the war for knowledge is being won by the proponents of Big Data. Indeed, 2500 years after Plato, 300 years into the modern scientific revolution, the last bastion of storytelling in the sciences – History – has finally embraced the power of number. Inching away from the humanities to join the Brave New World of modern social sciences, History is leaping, both feet together, into the paradigm of Big Data. An old chapter is closing, a new one opens. The longue durée (long-period history) movement inaugurated by the French Annales historians five generations ago, have finally found a home, it appears, in “Big History“.

Should we celebrating the end of an era, and a new beginning? To be sure, to the stalwart scribes of History, this change of program is causing puzzlement over the fundamentals of their discipline. Put simply:

In other words, with the advent of Big Data, are we truly rid of the “curse of literature” in science?

Alas, language and storytelling is a stubborn trait of human nature, and, as we will see, an inherent part of History, if not science. Begin by squinting your eyes and peering just ahead: everywhere at the extremities of the Big Data space, storytelling rears its ugly, incarnate head. The signs of it are legion. Big Bang theologians, both secular and religious, endlessly dispute mathematical models of the universe’s creation, and humanity’s ultimate end. On the mucky side of the data-verse, images of human drama endlessly recur on the nightly news and in our social media feeds, like a hyperreal collective fiction, too pressing to ignore. And the Cold War era practice of computer simulation, previously content with abstract modelling, forecasting and prediction, is now taking every opportunity for human-machine interfacing with VR, the quantified self, and smart prosthetics.

Disembodied data, it appears, screams for new bodies, new subjects, new territories to conquer. And it seeks new ways to tell old stories: witness the rising popularity of digital games. So did we call the End of History too soon? Or is the tiny sphere of human events heating up one more time before its final disappearance into the limitless horizon of Big History, and the simulation space? 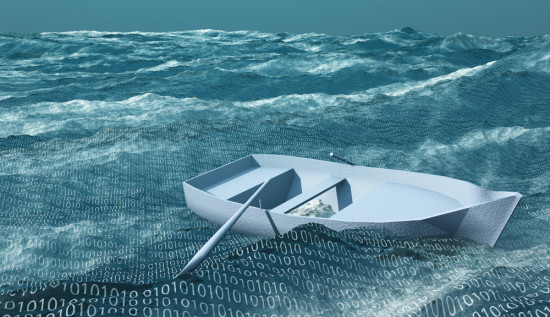 In this four-part article series, I want to ask: what does Big Data portend for the making of History, and what does this means for us, the “old subjects of History”, storytellers of human events? As more and more details and domains of the human story fold into the simulation space, how shall we account for lived experience, and the memory of this lived experience? Will the “sentient” beings of the future learn the lessons of life and history from simulations? Bots, zombies, humanoids, transhumans: who will be the future protagonist of Big History? What will become of us in our great quantification experiment?

My answers to these questions will come from two apparently contradictory sources: the controversies of old-school historians, and video games that simulate the “degree zero” of History: basic human survival. My aim is to determine which conditions are needed today to write History. When all the old moorings of History are untied – chronology, cartography, notable people and events – and we are left with huge and complex data sets to interpret, where do we start?

In article 1, I will revisit the age-old question “what is History”, and how different generations of historians have tried to answer it. I will diagnose Big Data as one of the many symptoms related to History’s recent distancing stance from the humanities. I will look at the new role of the Big Data historian as authoritative interpreter of “historical” (long-term) datum. I will also examine how the humanities can, perhaps more than ever, serve as a bridge between experience and technology, and a compass for survival in the landscape of simulation.

Live to Tell the Tale: What Survival Sims Can Teach us about History

Articles 2, 3 and 4 will then look at how human events are to be “written” in simulation-based history. Specifically, I will look at three different examples of digital simulations that posit the problem of survival at the individual, small group and micro-economical level. I will analyze how each game generates narrative based on the trappings of its genre, on the problem-space of the player, and its endgame scenarios. To do this, I will select titles that express three fundamental human perspectives in survival: solitary survival, survival in small bands, and survival as a small culture group.

For the sake of clarity, I will also highlight the traits of each survival perspective with an appropriate trope:

“Victims of History”: small group survival in This War of Mine

“It takes a village”: culture group survival in Banished

Human survival is, in many ways, the condition for all storytelling. Because of its narrow “problem space”, I have selected the survival theme to highlight how simulation reconfigures the act of writing history, based on the criteria of experimental science: hypothesis-testing, repeatability, falsifiability. For the games listed above are not just about survival, but about the best ways to survive. And the memory function in these games, as we will see, will not only service survival strategies and tactics, but also unsuccessful survival experiments, with their residual names and places.

In the end, survival is all that matters. I’ve read the writing on the Cloud: what I am proposing to you is an apocalyptic account of the future, of technology’s attempt to erase Story from History.

And why this programmed erasure is doomed to fail.

As we will see, the failure to reduce human experience to models and numbers, is inscribed into the very heart of simulation. And a popular trend in video games – the rise of the so-called “Survival Sims” – will pave the way for to the new primacy of story in future, data-driven, History-making.

Oddly enough, this story of simulation begins with the saga of the historians. This will be the subject of our first article.