In the MMO gaming community, and perhaps among all gamers, one can often hear a plaintive lament for the good old days. Each new offering in the genre makes things easier, dumbs down gameplay and caters to the casuals, if you believe the forum trolls. “I remember when death was a punishment! Now it doesn’t mean anything.”

Everquest is one of the first graphical MMOs to have hit the market and is now almost 12 years old. Through the years, Sony has released 17 (yes, seventeen) expansions for the game, raising the level cap, and greatly expanding the world. Unfortunately, this means the vast majority of players are high-level and clustered in only a few areas while the rest of the world is mostly completely empty. New players or returning veterans find a ghost town, so unlike the vibrant world of their memories. 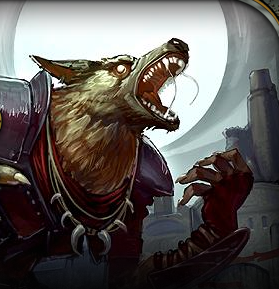 To combat this empty feeling and breathe new life into the world of Everquest, Sony launched a progression server named Fippy Darkpaw on Tuesday, February 15, that allows gamers to experience those old days by freezing the game state at a moment in the past before any expansions were released. Players can eventually vote on whether to unlock an expansion and move forward in past-time.

Their marketing line is:

“Are you ready to relive the greatest memories that you’ve ever had in EverQuest?”

For many, the answer is a resounding yes. The server was at full capacity shortly after it launched, prompting Sony to announce the opening of another progression server scheduled for the next day. This is not just about having players in the same zone as you. This is about recreating the past.

The past, however, is lost. The world has been changed. Graphical updates are present that were not in the original game. Some changes have been made to adjust for gamers’ experience now, For example, items are not left on one’s corpse anymore – this means you don’t actually have to run back to your corpse in the middle of the huge orc camp and  either drag your corpse to a safe place or revive and hope to hell you can run fast enough to not die again. Instead of putting this in at launch as it was originally, Sony decided to keep it out at launch and then let people vote on whether they want to revert to the old corpse run system. Apparently, Sony thinks corpse runs aren’t in those “greatest memories” we want to relive. 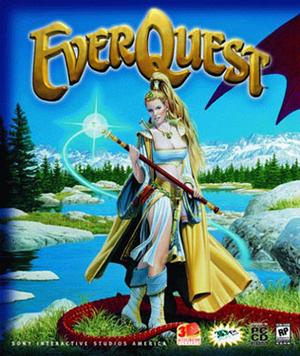 As the game has changed, so have we. Our expectations and our experiences are colored by playing in a changed Everquest and outside it in the many MMO offerings on the market. We now have so many comparanda that it is impossible for us to experience Everquest with the wonder and innocence that we did in the beginning.

Virtual worlds change a great deal over time. Landscapes are adjusted, graphics are updated, and skills are redesigned. These worlds are in a constant state of flux and it is nearly impossible to remember just exactly how things were in the beginning. Most people, at least those I saw, who are playing on the progression server are veterans of Everquest, meaning they have all played the game before. They have had their primary experience with the world and its story, have seen its changes, and have been changed themselves. Their primary encounter with this world can never be recreated for two reasons.

First, they already know the story. They are re-encountering the world of Everquest, re-reading the text, re-running the paths. Nothing is being done by them for the first time.

Because they are also so changed, they are encountering the world of Everquest like they never have before. They are reading the text with new eyes, running the paths with new expectations. Everything is being done for the first time.

Every reading of a text is new, and that applies to this virtual world as well. It is a kind of text, one knitted together from code, art, text, and a player’s own choices of experience. It tells a narrative, one we both discover and experience, but also one we create with our own play choices and goals. Not only are the tools of creation changed, the creators are as well.

We attempt to play the past, but we’re really playing the ever-new present.

2011-02-16
Previous Post: Simulation and History: Let’s Get Beyond Good and Evil
Next Post: Operation LAPIS: The Collection Grind