A new game has hit the MMO scene in the last couple of weeks and is making waves. RIFT has managed to draw a sizeable portion of the community at least temporarily away from their current homes. Many players are excitedly moving house from Azeroth to Telara, saying goodbyes to old friends and making new ones.

For some players, movement from one world to the next is just a branching out. Perhaps they co-exist in both worlds, maintaining accounts and playing both with some regularity. Others, however, quit their old game completely and move on without a backward glance. Characters they’ve spent the last five years on are left behind for new lives in new places.

Quitting a game is as simple as canceling your subscription or uninstalling, but how do you quit living in a world? How do you quit a character? Just because you cancel your account or uninstall doesn’t mean your character isn’t there. In fact, you can go back twelve years later as I recently did and find her waiting there for you as if nothing had ever changed. Despite one’s attempts to leave a world, as long as their avatar is there, so is at least some piece of them, frozen in stasis waiting for the login breath of life. 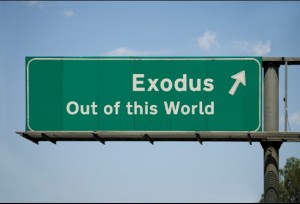 Of course, you can just delete the avatar along with the game. It sounds simple, but it’s harder than that. Players speak of their cursor hovering over the delete button while they contemplate the choice, only to shy away. Even if they manage that momentous click, games rarely let you delete a character without confirming your decision. “Are you sure you want to delete this character?” Even then if you manage to say yes, you can change your mind a day later and petition customer service to reinstate your avatar. And they will. Avatars never die. As final as it feels to push that delete button, in the back of your mind, you always know that it isn’t really the end if you don’t want it to be.

Not only is there no end in deletion, there’s no way for the character to die in the game. I could jump off the highest cliff, only to resurrect a second later. It’s like Groundhog Day without a happy ending. Death in games has become a mostly meaningless metaphor for failure, a trivial punishment for not being a little too reckless. It signals no finality, it is no end, it’s nothing like the death we know in real life. In a virtual world, or at least in the great majority, it’s just a temporary setback, a painless slap on the wrist. I was looking at my character screen in World of Warcraft and I have 2,951 deaths recorded . Most of those are deaths due to group attempts at very hard encounters, but I think regardless of the reasons, the point stands. Death is just a word for a game mechanic here, a word that has lost much of its power.

In a world where characters cannot die and databases never delete character records, how do we really move on? Where can we get closure? 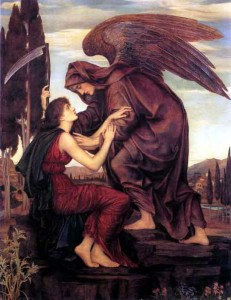 Because death is trivial in the game, if not meaningless, and deletion is really only temporary, players need something formal to mark the end of their time as that avatar in that world. Some players choose to go through a process that is a kind of ritualized death for their avatar. Deleting their character, giving away their possessions, taking last screenshots – all these actions are a performance of death, a way to say farewell and sever the ties that connect the player to the avatar and through the avatar to the world. Often, this comes as a result of a real-life need to stop playing the game, and the players know that a simple uninstall will not really break the tie they have to the world. There are even video records of character deletions on Youtube. Some are simple, others more detailed and filled with personal history, but all stand as a record of a meaningful decision and help to finalize and reaffirm the choice that was made at that time.

This performance of death is a ritual farewell to the world. Even when it happens that the player is not leaving the world completely, just that character, the performance of death in deletion severs their connection to the world through that avatar allowing them to fully re-enter the world in a new character. Giving the character a final end allows the player to move on from the experiences s/he shared with that avatar and experience closure to this kind of self-relationship.

For some players though, this performance of death is too strong. Rather than actually delete the character, they just set it aside as ‘retired’. Avatars and the lives we live through them (they live through us) are meaningful. Sometimes, they’re just not ready to die.