Session Play: Linear Past in a Multi-Linear Medium

One of the beauties of the MMO genre is its ability to create a virtual world that feels inhabitable and real. Players live in this other place, existing at a particular time in its history, perhaps slowly progressing along a storyline. In Lord of the Rings Online, although Tolkien’s narrative is vast and spans Ages, players exist at only one point in the timeline, a point that is shifted forward every few months on the path to Mordor. Even though this narrative trajectory is very linear and limited to only the present of the Third Age, the developers also find ways to communicate stories from the past through more than just textual means. One example of this is a feature called “Session Play” in the Lord of the Rings Online.

Session Play allows the player to forsake his own avatar for a limited time in order to assume the identity of someone from the past in order to experience the telling of a story. A player’s abilities are replaced by those particular to the character in the story being told. Textual scene breaks and the questgiver’s voice narrate the story while the player follows quest guidelines to progress. In LOTRO, the typical manner of telling story and communicating events is through text, but in Session Play,

text is reduced to secondary at best, while quest objectives (usually combat-based) drive the narrative and voice-acting communicates the goals. Session play allows someone to both experience and be told the tale, blending gameplay and narrative together.

Session Play holds to traditional narrative rules by tending to the timelines and constructing a purely linear experience. However, it bends genre rules when doing so. Session Play can only be experienced solo and places limits on communication with other players. In an episode of Session Play, a player appears offline to his kinmates and friends and is removed from all local chat channels. Although one can still rejoin custom chat channels while in Session Play, they are turned off by default. The effect is useful for communicating an event from the past (albeit in a purely linear way), creating an illusion of distance, but it makes sacrifices to do so.

Is it worth breaking genre expectations in order to tell a story in a more personal way, if one can even say its more personal? As meaningful as this kind of storytelling may seem, it is heavily reliant on the individual player’s own previous experience with the story and ability to quickly immerse in a new character. The dramatic shift in player identity when transitioning from normal play to Session play breaks the connection between player and avatar. In order for her to understand this story of the past, she has to enter into someone else’s memory of the event, abandoning her own way of interacting with the world to take up their form and abilities. If you have ever seen the movie Somewhere in Time, you’ll understand what is being attempted. Remove every aspect of the present and you’ll find yourself in the past. 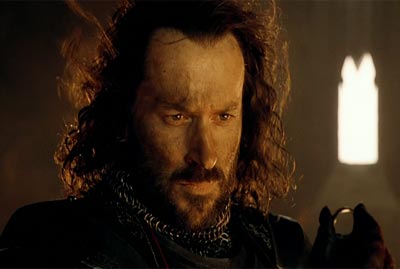 Players still exist in the present though. Even after being transported to another character’s identity, a player still has his own context and understanding in play. One who knows more of the history of Middle-Earth will have a different experience of this episode of Session Play, while someone coming to it blindly will meet Isildur for the first time, unaware of the stature of the character. I think that Session Play is often supposed to awe the player by placing them in important events and introducing them to legendary characters, but this awe depends on the player knowing that these events are, in fact, important and that the characters are more special than any other. Session Play gives players no freedom to explore the moment of the story, and since the story is one in the past, there is no player agency involved. This is a past that is immutable. The memory through which it is communicated is unquestioned and unchallenged. One simply has to trust that this alien experience in another character’s body is a true representation of the past.

Session Play experiments with the power of the game medium to tell stories, but it does so at the expense of its genre’s unique qualities and without transgressing the bounds of linearity, one of the medium’s most powerful features. I look forward to Star Wars: The Old Republic to see how EA/Bioware manages the boundary between unique player experience and multiplayer game. Narrative is never understood the same by a group even when experienced together (oral epic, for example) because of each person’s individual history with the story. If EA/Bioware manages to make narrative a multiplayer experience despite this, I wonder if and/or how they will harness the power of game narratives to be both multi-linear and cooperative between player and author. 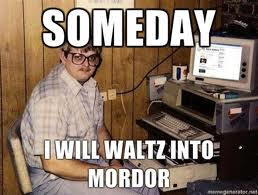