The Madness of Mission 6: Making up Histories for Pixels

By: Trevor Owens
In: Articles
With: 5 Comments

When game’s don’t have histories we make them up. Something as trivial as pac man can get us to do it. Just a little guy chased by ghosts in a quest to eat little white dots can prompt us to make up elaborate, and dark narratives that we wear on our shirts.

Below are a series of examples, I am interested to know why we think we make up these stories and why we love to put them on our shirts. I have a suspicion that it is a particular way to be  clever, but what is it about these games that makes them fodder for this kind of dark backstory and history development? And why do we want to wear those histories? Lastly, I find it interesting how these focus us on what really happened. 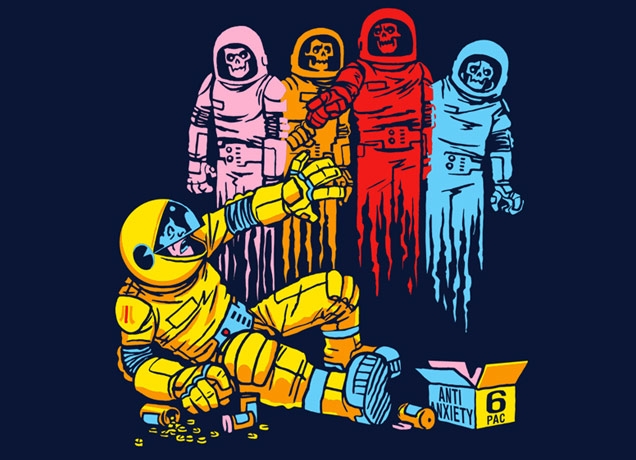 In the artists note for the Madness of Mission 6 explains the “true story” behind Pac Man.

In 1976, Cosmonaut Nikolai Peckmann was sent alone to an orbiting space station for what would be called Mission Six- to study the radiation levels and strange circumstances that killed all four crewmen of the last research mission. By the third day, Peckmann’s broken transmissions were coming back to ground control filled with increasing paranoia and delusion. He claimed that the spirits of the dead cosmonauts were coming to claim him, and that he had to keep moving to evade them. He shouted that if he could capture consume these spirits himself while he still had strength, he could move to the next level of consciousness…Truly the rantings of an insane man. Indeed, video recovered later would show Peckmann running around the confined but maze-like station, downing emergency sedatives like a madman….pausing in a corner momentarily, only to throw back vitamin pills and give chase to his invisible demons. He had exhausted the entire cargo of vitamins, pills, and fresh fruit well ahead of schedule…It was determined that another mission to recover any remains or gather any more research would be a waste of the people’s money, and the station was allowed to drift out of orbit and into space- a failure never to be mentioned again. It was ordered and assumed that all video and paper evidence had been destroyed.

The shirt is a major hit.

Further, it is not the only dark history of Pac Man that have been produced. For example, the shirt below explains how the ghosts died. For an even more detailed distrubing read take a look at the comic, Pac Man, how it really happened. 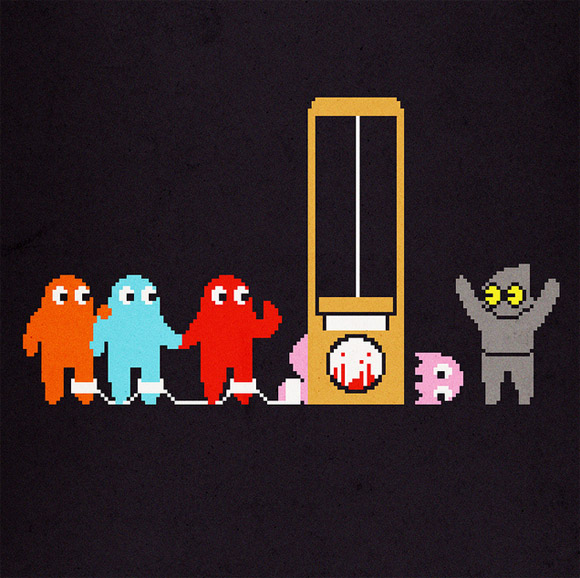 Demonstrating that this is not just for Pac Man,  The Sleep of Reason Produces Flying Turtles explains either the origin of or how Mario is haunted by, the world of creatures in the Mario universe. 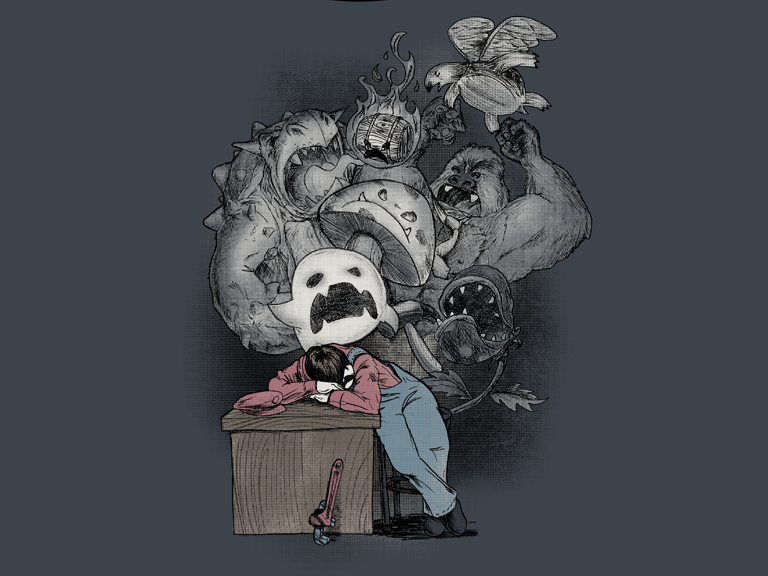 So what do you think? What is this all about? Also, do you have any more examples you want to include?