Enjoy High Tea? Lessons Learned from its Distribution and Evaluation

The premise of the game High Tea is simple: buy opium from Bengal, India, smuggle that opium into Chinese ports and sell it for silver, and use silver to buy tea for Britain. If players, acting as nineteenth-century British merchants, don’t meet the increasing demand for tea, then the mood of the English nation turns against them. The game ends when the mood of the English nation hits rock bottom (shown on a mood meter that only appears when players have not fulfilled a tea order in time). Players trade for ten in-game years, avoiding Chinese officials by limiting trade in risky locations and/or bribing the Qing authorities. After winning or losing the game, players are informed that the Opium Wars began shortly after the in-game timeline ends. Players also see the consequences of their actions in a post game summary, which includes the number of opium users created throughout the player’s time as a merchant. This is all demonstrated in the gameplay video below.

A few things about this game caught my interest: it was a collaborative success between game developers and museum professionals, it was distributed widely and provoked players to explore an unsavory part of history, and the game’s evaluation (including surveys, interviews, and focus groups) was released publicly. From conception to evaluation, it seems that this game was a success for both the developers at Preloaded (makers of 1066) and the cultural institution that commissioned the game, the Wellcome Collection.

In August of 2011, Birchall and Henson created an evaluation report for High Tea. The evaluation report and Birchall and Henson’s subsequent publications through Museums and the Web 2011 and 2012 are extremely helpful in understanding some of the challenges and best practices in creating games for museums. In these publications, which detail distribution methods, survey results, and interview methods, it is clear that High Tea provides players with an informal educational experience that, in some cases, inspired people to reevaluate their previous knowledge or do further research on the controversial subject independently.

Happy compromises in gameplay and history

High Tea is a good example of how gameplay and historical content can be merged to create a fun and (ahem) addictive informal learning experience. Play a few minutes or watch the video above to get a sense of the simple (but challenging!) strategic gameplay. However, as players mentioned in interviews, focus groups, and surveys (listed in the Wellcome Collection’s evaluation report), additional educational content within the game would have been even more beneficial for players. The following points are suggestions for improvement on the High Tea gameplay and distribution model: 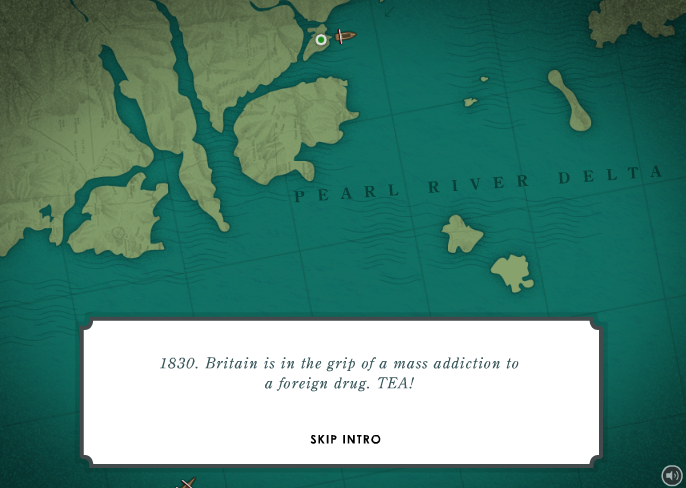 High Tea is a fun and informative game as it stands, and its development and evaluation provide a model for other museums and development studios to implement when working together. These suggestions are really meant to highlight some priorities in the compromise between making a fun game and making an educational history game – giving the player choices of how to play and where to play, giving the player a place to continue conversation, giving the player access to primary source materials, and giving the player a chance to connect with a cultural institution.