The Second World War was possibly the most devastating conflict in human history. For Europe, it would take years before the continent was put back together. As for the United States, it became the most powerful nation in the years immediately after the Second World War. The country was in the midst of massive change at this time and the stage was set for an incredibly prosperous future. This new world is recreated beautifully in Team Bondi’s L.A. Noire.

Film noir is one of the great American cinema genres. Elements of film noir can be found in films from the 1960’s until the present. However, film noir was most popular during the 40’s and 50’s. The genre succeeded in this time period because it resonated with people’s anxiety and uncertainty in postwar America. Released in 2011, L.A. Noire is a crime adventure game that uses elements of film noir to tell its story. Appropriately, L.A. Noire takes place in 1947 Los Angeles. The player controls Cole Phelps, a LAPD detective and veteran of the Okinawa campaign in the Second World War. L.A. Noire provides a fictional story set in a historical setting. Aesthetically, the game simulates the city of Los Angeles in the 1940s marvelously. Yet, the historical accuracy of this game is found in the way it recreates the atmosphere and social history of postwar America. The rise of consumerism, the fear of communism, and the anxiety of Second World War veterans are major themes in L.A. Noire. L.A. Noire use of these themes creates a historically accurate representation of the 1940s United States.

Consumerism and Suburbia were byproducts of the strong postwar economy in North America and often examined in L.A. Noire. In the opening cutscene of L.A. Noire, the narrator describes the feeling of owning a suburb home: “where every man can own his own home and have room to breath and not be overlooked by his neighbors… where a man’s home is his castle. A quarter acre of the dream made possible by victory.” The end of wartime rationing allowed middle-class America to go, “on a buying spree.” Thousands of Americans bought these new secluded homes and luxury items as they searched for their own version of the American dream. In L.A. Noire, this new consumerism is explored frequently. An example of this is with the Instaheat hot water heaters. The rise in science and technology during the war gave consumers a number of new available technologies in peacetime. The hot water heater was one of these new technologies. In L.A. Noire, Instaheat’s hot water heaters are not only important to the plot but also portray that the normal family was able to afford these types of luxuries. In the 40s, the hot water heater market exploded. In a survey on the consumer needs of households done in June 1944, hot water heaters were one of the highest demanded consumer products. By 1951, nearly 60% of Canadian occupied dwellings contained one. Consumerism was a big change during the postwar years and L.A. Noire did well to examine it.

This is not the only new consumer item that is emphasized in L.A. Noire. The automobile became a big part of American lifestyle in the postwar years and the game makes sure to underscore that. The opening of L.A. Noire described Los Angeles as, “a new type of city based not on the man by on the automobile. The car, the symbol of freedom and vitality.” Automobiles are incredibly important to the history of North America and the United States. The automobile was revolutionary in America and changed how people went about their everyday lives. It was a huge part of American lifestyle and the fact that the car is one of the first things mentioned when the player starts the game is very appropriate. Cars also are a big part of the gameplay. In total L.A. Noire has 95 drivable cars based on actual models from the period. L.A. Noire’s  use of cars in the story and gameplay authenticates the 1940’s Los Angeles it is recreating.

McCarthyism was in its infancy in 1947 but the fear of communism spread quickly and soon would be in prevalent in every household in America. In L.A. Noire, the atmosphere of distrust and anxiety in regards to communism is recreated beautifully. Suspects who are known communists or communist sympathizers like Matthew Ryan and Grosvenor McCaffrey are distrusted immediately and called names like “comrade” or “red.” Further, some news bulletins on the radio talk about rounding up communists and the importance of democracy. The fear of a communist conspiracy within the United States became a part of everyday life in late 1940s America. The loyalty of every citizen was in question and investigations into people’s lives were common. L.A. Noire does a good job of integrating the Second Red Scare into the atmosphere and gameplay it in the story without blowing it out of proportion. Even though the McCarthyism was present in 1947, it would take a couple more years before it reached its peak.

Veterans from the Second World War play a large role in L.A. Noire. The protagonists and other key characters of the game were all part of the Okinawa campaign in Pacific Front. The characters all live different lives after the war but these differences display the different hardships veterans dealt with in the postwar years. Jack Kelso leads a normal life at an insurance company and has left the war behind him. During the battle of Sugar Loaf Hill, Cole Phelps watches his best friend explode after getting hit with an artillery shell. After this he cowers in his hole for the remainder of the battle. His lack of courage in this battle haunts Phelps and in his time in the police he often discourages talking about the war. A former medic in the war, Courtney Sheldon becomes frustrated with the lack of improvement in his life after the war. With hope of improving his life after the war, he steals a surplus of U.S. military morphine and begins selling it illegally. As for Ira Hogeboom, he is unable to leave the war behind him and the psychological side effects haunt him until his death.

The problems that these characters face were common for veterans of the war. For many veterans, they hoped for a better life upon returning home. This search to live the American Dream proved difficult and many veterans found that things were not as good coming home as they had hoped. While Jack Kelso and Cole Phelps were able to make good lives for themselves, Courtney Sheldon thought stealing a small fortune’s worth of morphine would create a better future for him. For Phelps and Hogeboom, the war never really went away. Phelps struggled with his cowardice during the war and Hogeboom suffered from a severe case of “battle exhaustion.” Post Traumatic Stress Disorder or PTSD, known as battle exhaustion in the postwar years, severely affected many veterans from Second World War. L.A. Noire rightly acknowledged PTSD when creating these characters because it played a huge part in many veterans’ lives and some never moved past it. Overall, L.A. Noire did a good job examining the lives of Second World War veterans. 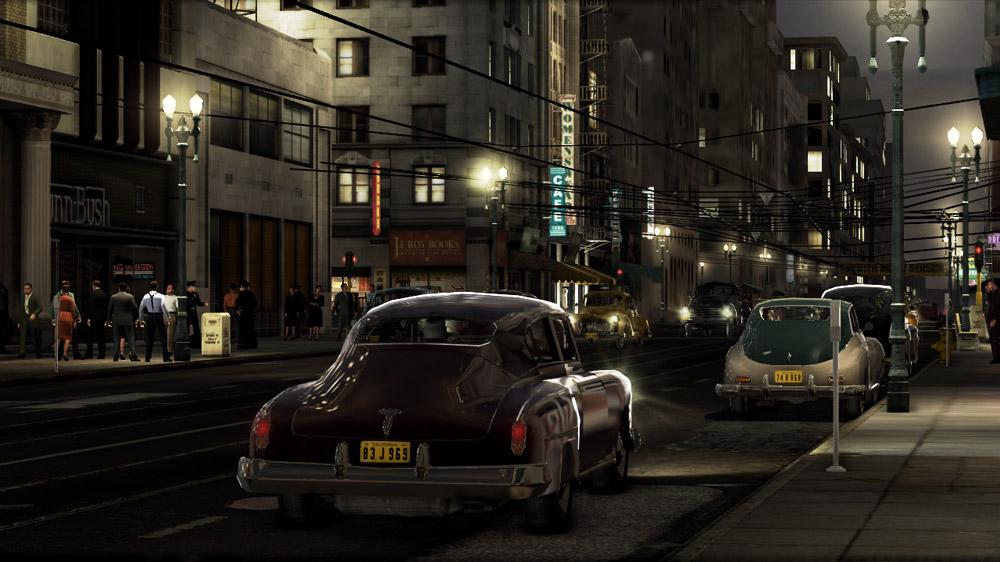 Overall, L.A. Noire beautifully recreated 1947 Los Angeles. The values and visions of postwar America can be found throughout the game but are implemented so subtly that the world that the development team created feels natural and genuine. As well, the way Second World War veterans’ issues are handled is excellent and touches on subject matter that most developers shy away from. Their struggles returning home like PTSD and finding their own version of the American Dream is a part of history that takes a back seat to the heroism during the war and yet is so incredibly important. The fact that L.A. Noire touches on these themes is commendable and only adds to the authenticity of the experience. This is important, as games often look at the bright and gallant aspects of warfare without looking at the dark sides of it. Hopefully as video games mature, more games will look at these aspects of history.