Corey Milne is a freelance writer who graduated from Stirling University with a degree in history, only to follow that up by getting his masters in digital journalism at the University of Strathclyde. Enjoys delving into modern European history with a focus on Ireland’s journey to independence, and the mechanised warfare of World War 2. He is also interested in video game’s ability to be an empathic medium in which to share cultural and personal experiences. You can find him attempting to write interesting words on Twitter @Corey_Milne.

There is only one car on the track at Silverstone, the prestigious home of British motor racing. The yellow Ford Focus begins its third lap around the circuit. The engine’s constant drone is the only thing breaking the silence surrounding the place. This may be a video game simulation, but there are no win or fail states. The child sitting in the harness, behind a wheel, is not at home playing during his leisure time. This rig is one of many set up in a transport museum. The rather ordinary and family orientated Ford Focus is a relic of a world that no longer exists. With its petrol engine and manual controls recreated perfectly within a video game.

Gran Turismo has always prided itself on delivering the most realistic racing action on the Playstation, and is today one of the most respected racing franchises on any games console. Such is the attention to detail, from the game’s physics engines, to the immaculately sculpted bodies of the cars themselves. Hooking the game up to a proper racing wheel rig is the closest most of us will ever get to careering around Monza in a Lamborghini.

It is this immaculate version of reality that is presented within this racing series that makes Gran Turismo the perfect vehicle to preserve automotive history. Already we’re able to take the famous Volkswagen Camper Van or the ill fated DeLorean for a spin, but even the cars we are familiar with today will eventually disappear into the past. While games have offered us glimpses of some of history’s greatest battles, this interactive link to times gone by can be used to preserve other histories, and the history of the traditional car may be drawing to a close sooner than anyone could have predicted.

The statistics speak for themselves. Less and less people are making that decision to get a license and drive everywhere. In America where the car reigns supreme, only 69.5% of 19 year old’s had a license in 2010, as opposed to 87% in 1983. Since the recession the acquiring of a license and the maintenance a car requires has become an expensive prospect, that takes up more time than most are willing to commit. Public transport also plays a part in the equation, providing cheap transport at a time when nations are trying to cut their carbon emissions. In a sense owning are car is no longer the essential ticket to freedom that it once was. Public transport will get you to most places, while the digital age means everyone is connected in an incredibly social network. The car is no longer an essential part of life.

Of course it isn’t only due to economic reasons that the young are foregoing their need for personal transport. The image of the car as a goal to strive for, and as the be all and end all of masculinity is in danger of extinction due changing social attitudes. The power and speed granted by the auto-mobile has always been tied up in the notion of manliness. The idea was if you could get a car, you could get a girl, and its ticket to freedom beyond parental confines was a core tenant of growing up in the past. 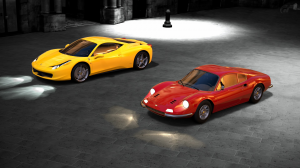 I’ll love and protect this car until death do us part,” intones Toad in American Graffiti. Encapsulating the notion that the car was an extension of one’s self. This is no longer the case. India Ross highlights how James Dean’s character in Rebel Without A Cause ushered in modern masculinity, that was apart from the hard edged, no nonsense sensibilities of the 1940s war wearied generation. Frustrated, awkward and grappling with his sexuality, Dean’s character is familiar to anyone grappling with the perceived roles that society has long held for the genders.

As Jonathan E. Schroeder & Detlev Zwick make clear, “iconic masculine activities such as shaving, driving fast cars, smoking cigars and drinking, juxtaposed with feminine activities like applying make-up, doing laundry or driving safer, more practical cars” are no longer enshrined within the social dogma, everything is being questioned. Pillars of the old world are being torn down, and the car’s altar too has collapsed. In the 70s and 80s it was not uncommon for young boys to grow up with posters of various super-cars plastered across their bedroom walls. I know that I did not take part in this ritual, and neither did any of my friends. While I still take an enjoyment from fast, incredibly expensive cars, they have been pushed to the periphery of my world, and will continue to fall away with the younger generations. 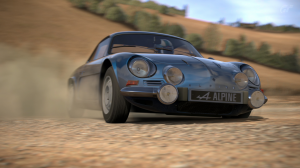 Speaking of change, the majority of the cars available to drive within the Gran Turismo games are petrol based. Hop in a car and chances are it is being powered by a combustible engine. There are only a handful of electric or hybrid cars available to drive in the series, but this number will only increase as time passes. By 2040 it is being estimated that hybrids will make up 40% of the world’s vehicles, with them making up 50% of new car sales, and it isn’t only the fuel that is going to change.

What a car is and how we interact with them will have completely transformed by the year 2050. If estimates are to be trusted, almost all cars on the roads will be driver-less by this time, with 54 million of them on roads by 2035. That is in 36 years, which is not as far away as you might think. By that time most people will have grown up in a world where earning a license and actually taking control of their own car will be exceedingly rare. The entire identity of the car will have changed into a far more utilitarian and functional machine. The idea of forming a sentimental relationship with your car is already on the decline. Is it possible that by this time, when total control is handed over to a computer that love of the modern car will be all but dead, reserved for only the vintage ghosts of the past? 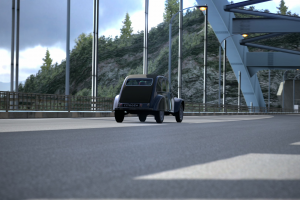 It is of course in everyone’s interest to take away the human element of driving, as it is the person behind the wheel that is more likely to cause a fatal crash, rather than always alert sensors. A fatal car crash costs the US government $6 million on average.In the UK, the government estimated the value of the prevention of reported accidents at £15.1 billion in 2012.With these costs it really is no longer a case of if we will get driver-less cars, rather than when.

Well, that is if you ignore the rather frightening fact that we will have computers assigning value to individual lives, but that’s another discussion for another time.

So we come back to Gran Turismo, very much a product of its time. Despite the series’ faults, it has entrenched itself into the hearts and minds of motoring enthusiasts as one of the finest racing series ever created. Polyphony Digital continue to strive towards the goal of providing the most authentic driving experience possible. This is evidenced by their close partnerships with the likes of tyre manufacturer Yokohama and suspension company KW, whose data fed directly into the Gran Turismo 6’s physics engine and car handling models. 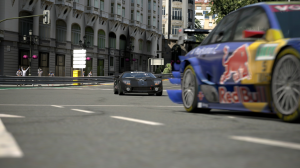 Museums already incorporate simulations into their exhibits. The Coventry Transport Museum have a ThrustSSC simulator, while the London Transport Museum has a simulator of a Northern Line tube train. These may be very specific examples but the potential is there all the same.

Games are fantastic tools for creating engagement. Being able to see a car and then being able to drive it within virtual confines, has the power to create a tangible link between the past and the present. Looking at, and hearing about something is one thing, but to experience it is something else entirely.

At the moment Gran Turismo is a racing game first, and a gallery second. As time goes on this balance may very well become inverted, and what we’ll have is an immaculately crafted time line of automotive history. In his piece on monuments and memorials in video games, Trevor Owens argues that “in game monuments and memorials act as ways to layer in a sense of the past and history into fictional worlds. They can bring in historical meaning by connecting with actual physical monuments.” In a way the opposite is also possible. As we lose those links in the real world where we favour trams, buses and bicycles, they’ll grow stronger in the virtual world. Where the very act of racing cars will be overshadowed by the showrooms housing monuments to man’s sense of adventure, beauty and style.

With virtual reality once more being pushed into the foreground these days, it isn’t hard to imagine that one day, any of us could see an exhibition of old British sports cars, and then be able to drive them thanks to the likes of Gran Turismo and VR driving rigs. The very essence of what a car is and how it operates would take on much more real dimensions, and in a way the spirit of driving would always be kept alive for future generations to enjoy.

All pictures were taken within Gran Turismo 6