The Image of Rome in Video Games: Introduction (Part 1)

The imagery of the Roman Empire is a familiar setting for many modern games. Something about the gladiators, the warfare, the togas, and the architecture fascinates us. What is this play in the past actually doing for us? Is it merely entertainment or something more? In this series of posts, I will be discussing how the images of Rome and the Roman Empire in modern video games are related to modern problems of American cultural identity.

Seneca the Younger famously said in reference to the Roman games at the amphitheatre:

“There is nothing more harmful to one’s character than attendance at some spectacle, because vices easily creep into your soul while you are being entertained. When I return from some spectacle, I am greedier, more aggressive, and more addicted to pleasurable sensations; I am more cruel and inhumane.” (Letters, 7.2-5) 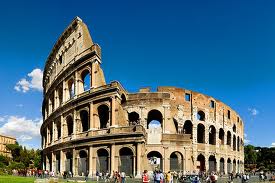 His interpretation of the Roman games, although an understandable response to the extreme violence of the amphitheatre, fails to account for the full array of complex and nuanced psychological effects of the arena. Within it, an image of Rome was established and cultivated, providing a common cultural identity for those who attended. In modern day America, criticisms similar to those of Seneca are widely voiced about the danger of violence in games, albeit those within the living room instead of a public arena. Regardless of our own stance on the issue of violence in video games, this criticism is overly simplistic and avoids acknowledging interesting features and effects of video game worlds. In contrast to how the games in Roman society expressed an official ideology of what it meant to be Roman, video games subvert the official rhetoric of diversity as identity and provide a fantasy version of Rome as an alternative identity built on uniformity and similitude. Aside from being simply another segment of popular culture that chances to use a classical setting, the games I will discuss in this series of posts are a social commentary on the culture of which they are a part and are an implicit act of comparative culture by their players.

Both Roman and American culture share the common feature of broad diversity. The Roman Empire encompassed most of modern Europe, much of the Middle East, and North Africa and attempted to unify Roman identity across a variety of cultures by consciously spreading Roman pursuits, architecture, and systems throughout the provinces. America today manages her identity somewhat differently. She revels in her status as the melting pot and diversity is a keyword in nearly every discourse of American society. Our cultural identity is unified through that very diversity rather than despite it. And yet, America still has problems in understanding just who belongs and who doesn’t.

After 9/11, acts of violence against American Arabs and Muslims at the hands of their fellow countrymen became such a concern that the Ad Council of America called for volunteer advertisement agencies to submit an advertisement promoting the unification of Americans. They decided that the best way to promote cultural unity was to remind the people of America that their common identifying feature is the very diversity that was being used as justification for the treatment of American Muslims as an Other. In the chosen ad, the viewer sees a series of faces, people of different races and heritage, all saying, “I am an American”.

Inspiring and uplifting as this advertisement may be, it does not solve the problem of American cultural identity. Anyone can claim to belong. In fact, the advertisement is still shown on television today, nine years later, because Americans still need to be reminded that the definition of American is not the same as one’s race or ancestry. The United States is an ideological haven for diversity and equality, but these two concepts create an environment where all cultures are valid as American identity and lead to confusion about the actual connection among the people who make that claim. What does it mean to be an American? 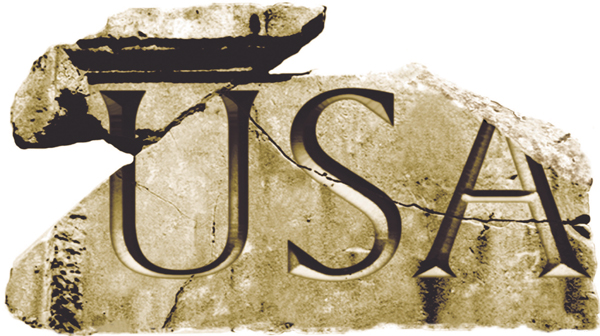 Video games attempt to address this problematic union of cultural identity and diversity by allowing the player to experience a simplified, idealized vision of Rome. Instead of using a violent system that vividly shows control of the periphery through its incorporation in the center and the dominance of the Self over Other as the Roman games did, these video games sanitize the violence of Roman culture and war and firmly attempt to separate the unified center from the anomalous periphery. In clear contrast to the official rhetoric of identity through diversity, games provide a place where people can experience a cultural identity that is defined versus a clearly separate Other. Roman means toga-wearing, terracotta-building, crested-helmet-wearing white human. Other means barbarian, enemy, pirate, criminal, uncultured buffoon. Rome is transformed from the diverse, multi-cultural entity it actually was into a homogenous sea of white faces as we will see especially in the recent proliferation of social games set in the Roman Empire.

In the next post, I will focus on one of these social games in particular – My Empire by Playfish. Through it, we will come to see how the image of Rome is manipulated versus the barbarian as Other to form an alternative definition of cultural identity as one homogeneous and superior to that which lies outside its borders.

2010-10-18
Previous Post: Science Grows On Trees: The History of Science and Technology According to Video Games
Next Post: Welcome to Play the Past