“No no no, that’s not the way it happened. Shall I start again?”

“No no no, that’s not the way it happened. Shall I start again?” If you are unfamiliar with this phrase you likely haven’t played the 2003 Prince of Persia: The Sands of Time. It’s a great platformer, but aside from that, I have always enjoyed this little narrative flourish in how the game deals with your inevitable (and frequent) deaths. 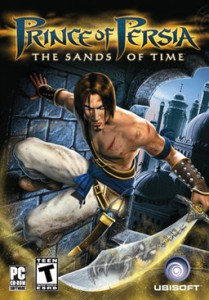 When you die, the narrator explains, “No no no, that’s not the way it happened. Shall I start again?” It’s the game over screen that you’ve seen so many times in so many games but in this case, the voice-over explains that your game play is actually someone else telling you a story. You are listening to the main character tell you his personal history. Your character isn’t dying, you are failing to get your character, the guy talking to you, to perform the correct  telling of his story.

It’s a fig leaf, I mean it’s just a game over screen with this extra bit of voice-over, but at the same time I think it does something clever for making the linearity of the game take on a new nature. The story already happened, you’ve just got to perform it right.

This approach can be found throughout otherwise familiar parts of the game.  For instance, when you save your game the narrator says  “I’ll start the story from here next time” and whenever you pause the game he says “Shall I go on?” Again, it is a little touch, but for me it did a nice job at providing a new context for what playing the game actually is. Players are acting out the telling of a story of events that have already come to pass.

Sitting in the Animus Linearity and Retelling

You can see a more robust version of this kind of story telling in how Assassin’s Creed works. I’ll just quote Wikipedia for exactly what is going on as it is a bit confusing and involves make believe science.

The player is in reality playing as a modern-day man named Desmond Miles, who through the use of a machine named the “Animus”, is allowed the viewing and controlling of the protagonist’s genetic memories of his ancestors, in this case, Altaïr ibn-La’Ahad, a member of the Assassins.

What’s important here is that the Animus isn’t a time machine, it’s a machine that lets you recover memories of what already happened. If it were a time machine you could change the past, however, as a replay machine, the device provides a straightforward narrative mechanism to constrict the linearity of your movement and trajectory in the game world.  If you go too far off course, or you get caught, you are simply failing to preform the memory and the history it represents. It’s rather wild, as you are actually playing Desmond on your XBOX who is, playing Altaïr on the Animus which is recovering memories of the past somehow stored inside your genes. 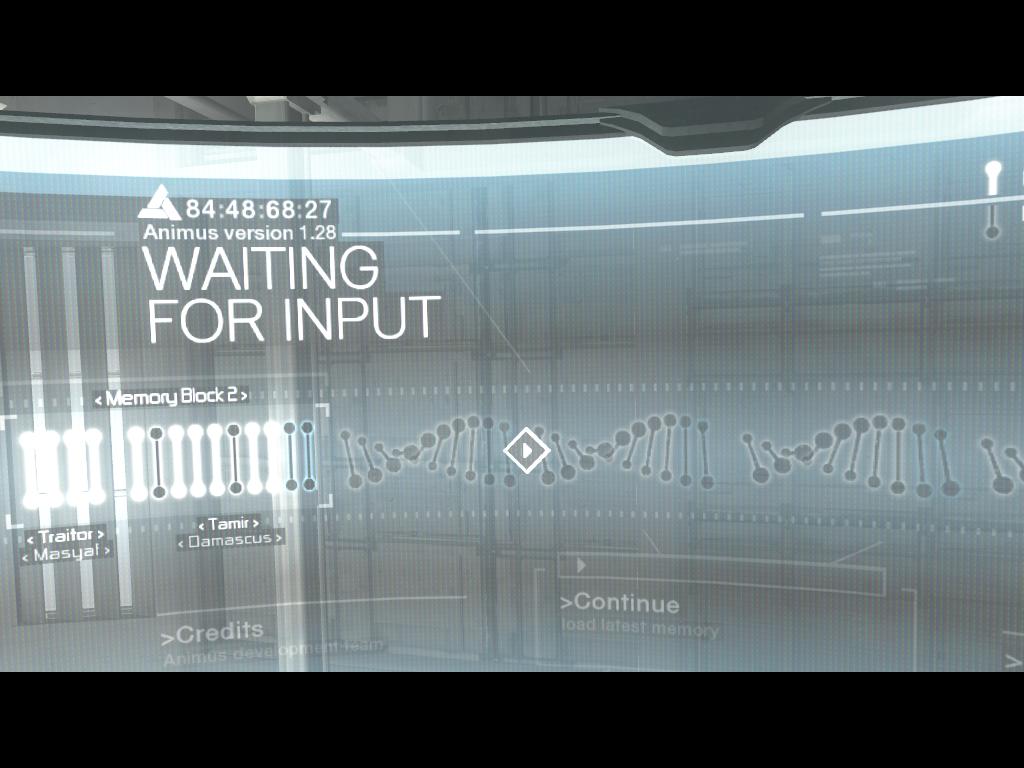 It strikes me that the active narration technique in Bastion works the same way. In this case, your actions on the screen trigger the narrator telling you what “the Kid” did at various points. If you haven’t seen it in action I would suggest watching a few minutes of the game in the video play through below.

The narrator explains all of your actions and tells you what your character, “The Kid,” is doing. The narrator also attributes different characteristics to you and your intentions as you do things.  Listen to how Matt Miller‘s review of the game reports on how this active narration style changes the experience of playing the game.

“A horrible calamity has befallen his people, and he must rectify the situation. As he wakes, a distinctive voice begins to speak, telling the Kid’s story as it unfolds. Walk one path, and the narrator tells you why the Kid chose that way. Walk the other path, and the voice might foreshadow what lies at its end. Choose a combination of weapons to take out on your journey, and he comments about that particular load-out. Retry a challenge, and he remarks about the Kid’s indomitable resolve. The excellently written and smartly acted narration lend a new layer to the sense of progression. You don’t just want to complete that challenging mission or get that elusive piece of gear for its own sake; you also want to hear what the narrator has to say about it when you do.”

In this case, the mechanisms for retelling the story are a clear part of what players find valuable in the experience.

How do these retelling game design devices change game play?

The non-linear possibilities of games are really exciting, and I think they are particularly exciting for folks like us at Play the Past who want to talk about the different ways that the past could have happened, or how things like simulations can communicate complex interdependence between historical factors. With that said, modes for inviting players participate in the telling of linear stories is exciting as well. I would be curious to hear from others about particularly clever techniques, tactics, or techniques in games that toy with linearity and notions of retelling stories.  I would also be curious to hear others reflect on their experiences with the Animus, the the narrator of Sands of Time, and the narrator in Bastion. Does the scripted retelling, the performance of a story, lead you to

ps, you can get Animus: History is our Playground on a tshirt

2012-07-24
Previous Post: Troubleshooting a History Through Gaming Course
Next Post: Enjoy High Tea? Lessons Learned from its Distribution and Evaluation