Valiant Hearts, The Great War, and The Shaping of Historical Memory

The following is a guest post from Christopher Sawula an Early American Historian of Class, Society, and Culture. CLIR Postdoctoral Fellow at the University of Alabama. You can find him @CGSaw on twitter.

Valiant Hearts is the only war game I would ever teach students as a historical text. Focusing on the emotion and personal experience of World War I, Valiant Hearts fills a niche regarding social history and the stories of the past.

Released in the summer of 2014, Valiant Hearts is a puzzle game that follows the major events of World War I between the French and German entrance into the war and the arrival of American troops in 1917. Rather than focusing on a central protagonist, like most war games, Valiant Hearts instead follows four individuals (and a dog): Emile, a French farmer; Freddie, an American of mixed ancestry; Karl, a German soldier married to “Emile’s daughter; and Anna, an aristocratic Belgian veterinarian. The player controls the four characters throughout the war as their distinct narratives intersect along the French-German line.

Although the game ostensibly is a puzzle game, these elements often feel tacked on in order to ensure that Valiant Hearts could be considered “a game” by hardcore enthusiasts. Instead, the main thrust of the game focuses on the emotional and personal toll of war as the backstories of the four characters are slowly revealed. Freddie, for instance, seeks revenge for the death of his white, American wife, after they had traveled to France in 1914 to legally marry. Emile, the French farmer, was simply drafted into the war and does everything in his power to get back to his daughter and grandson.

In contrast with other prominent war games, these stories do not focus on the heroism and seeming invincibility of a single protagonist. Many war games, including the Call of Duty, Metal of Honor, and Battlefield series, create power fantasies involving an implausible narrative in an historical setting. While this hero visits historical sites and set pieces, they ultimately fail at getting the feeling of war across from the perspective of an ordinary soldier or civilian.

As an early American social historian, the dearth of media that taps into the social and emotional aspects of poses problems while teaching these subjects. While World War II, the Civil War, and Vietnam have received dramatic and emotional treatment in television and film, conflicts like World War I, the Spanish-American War, or the War of 1812, among many others, have not received the same attention. Without dramatic interpretations that focus on personal stories, these conflicts lose the emotional impact they deserve and are instead dominated by recountings of dates, places, and famous people.

This gap in the cultural remembrance of certain conflicts has often created issues when it comes to bringing across the personal importance of wartime events to students. Despite anecdotes, first-person accounts, and in-depth classroom discussions, students often agree with L.P. Hartley that “the past is a foreign country.” Students more often see past individuals as static, wooden actors instead of living, feeling people. 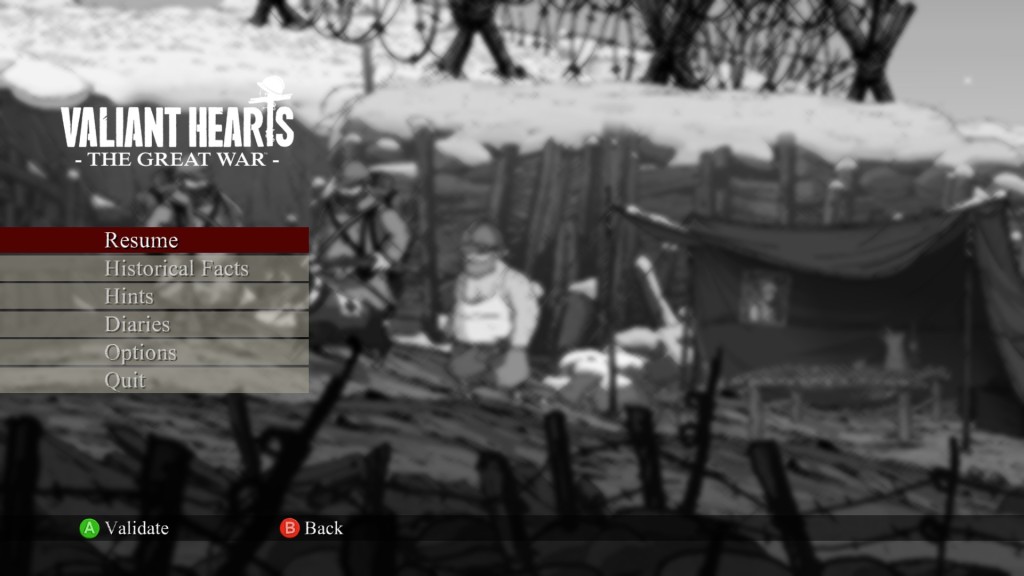 Valiant Hearts goes to great lengths to challenge this perception. In my own history classes, the World War I segment tended to focus on grand alliances, the catastrophic death toll, and the events that led to the Russian Revolution. While these historical details are ever present in Valiant Hearts, they are rendered as scenery in a specific level, embedded in the “Historical Facts” menu, or part of the flavor text for hidden collectibles. As David Hussey explains in his Valiant Hearts piece from earlier this summer, this leaves the main characters to face “death, wounds, disease, civilian casualties, and much more.”

These aspects of World War I aren’t just included in Valiant Hearts, they’re central to the narrative and development of the characters. The characters encounter prison camps, chemical weapons, and other horrifying aspects of total war. The player experiences these trials through the eyes of the protagonists and gain a sense of World War I that doesn’t include diplomatic negotiations or, perhaps surprisingly, a central role for the United States. Overall, the game follows the characters from a sense of patriotic duty (or revenge) as they descend into the horrors of total war. Valiant Hearts shows how despite the multitude of reasons soldiers fought in wars, the experience was rarely straightforward and glamorous. 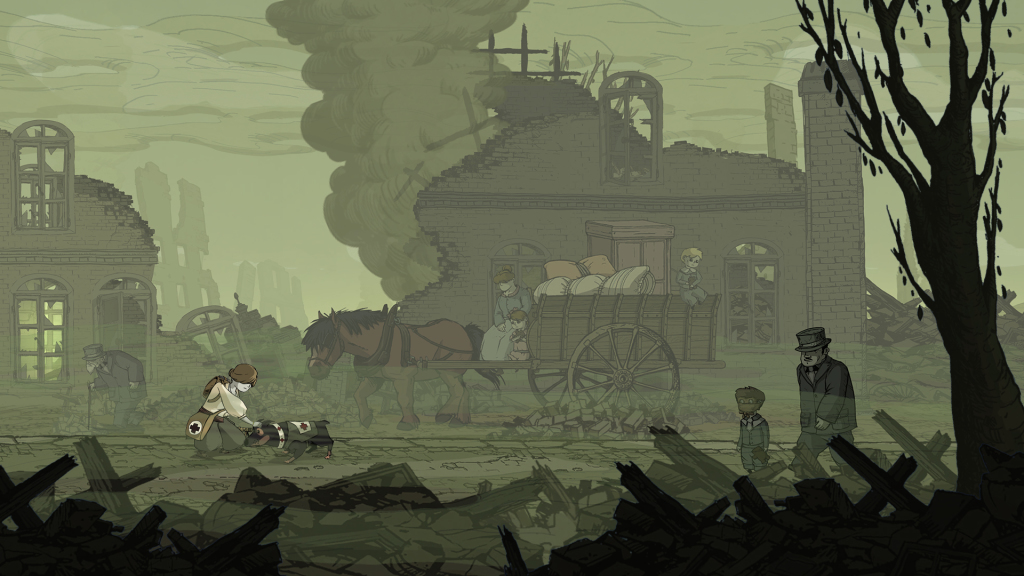 Without spoiling the game, Valiant Hearts reminds the player of the personal toll of war. It tells the player that for those who died in conflict, “we must strive to cherish their memory and never forget.” With the centennial commemorations of World War I just beginning, Valiant Hearts provides a unique and topical opportunity for students to understand the social and emotional cost of conflict. Balancing triumph with tragedy, the game shows what individuals endured, sacrificed, and tried to forget.

2014-12-10
Previous Post: MOBA meta and the Muses: professionalism, performance, and meta-game discourse
Next Post: HullCraft: Using Minecraft and Archives for Learning about the Past